As a farm kid living in the city, I still have the need to play around in the dirt.  I like to spend time putting seeds in the ground and watching the plants grow into maturity.

This year I was going to be very organized about the gardening.  I had a spreadsheet... 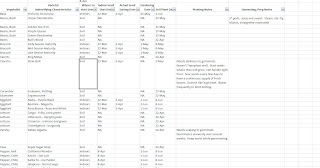 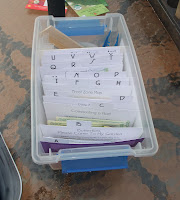 ...and gardening in Minnesota book 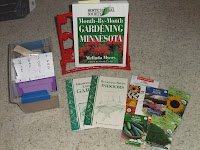 Yet, despite all the preparation, time came up short and the garden quickly fell into chaos.  I had hoped that by putting straw down around all my plants I could avoid some weeding.  And I will say, the straw did help keep the weeds down.  Of course, that just helped the oats sprout and grow that much better. 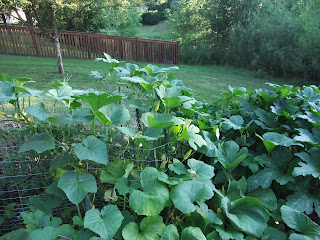 There were also the mystery plants coming out of the compost pile. That wasn't part of the plan. With its big broad leaves and spreading vines, it was easy to see it was some sort of squash or melon.

Personally, I don't spend a lot of time remembering all the vegetables and fruits that we throw into the compost pile.  Still, I was convinced I had a watermelon on my hands.  I was even rather excited about this.  I'd never grown a watermelon before. It's one of my favorite fruits. 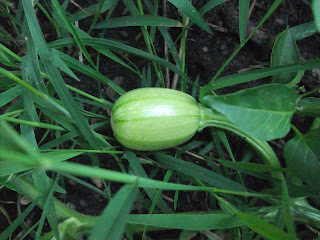 The color and striping didn't seem quite right, but I figured it would just grow into it.  I also figured it was one of those little personal-sized watermelons and their coloring seemed somewhat different than a true watermelon.  I was pretty sure I had bought one of those for myself because somebody doesn't really care for watermelon; he doesn't not like it, but doesn't get all excited about it either. Yet even he was excited about the idea of a watermelon in our garden.

And so the garden grew. 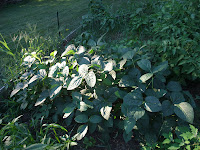 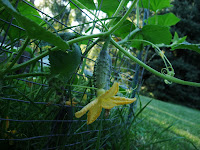 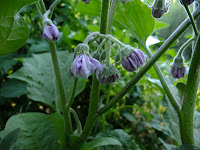 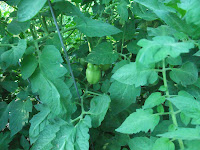 and all sorts of tasty vegetables 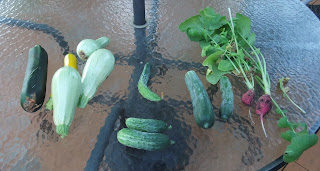 And, now that Halloween is here, I spent the day carving some of my watermelons.  You'll have to let me know what you think. 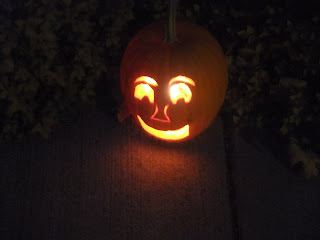 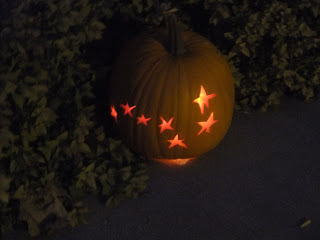 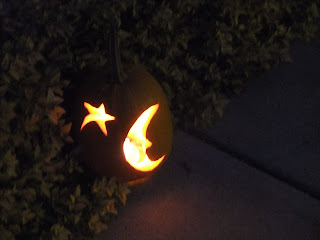 
**Which turned into over 30 lbs of frozen tomatoes