I recently received an email from one of my high school teachers in which I was amusingly chided for calling her Mrs. P rather than by her given name in our correspondence.  I don't know about the rest of you, but once a person has been established as a Mr. or Mrs. in my mind, that name seems immutable; it is their identity.  For example, the woman who taught both my brother and me in first grade, who now regularly socializes with my parents, will always be Mrs. S.  My uncle's one-time roommate, about whom I've heard many an amusing anecdote of 20-something antics and who was my eighth-grade social studies teacher, will always be Mr. W.

But it did get me thinking (imagine that, me pondering) about some interesting questions.  When is it expected that a person be called Miss/Ms./Mrs./Mr. Surname and when is it expected to use his or her given name? What power is contained in calling a person by their given or their surname? 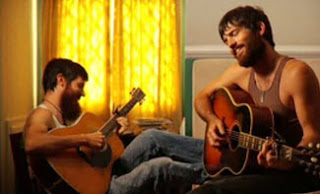 To me it speaks to the power of chosen love.  The love that joins two individuals is very different than the bonds created between parents and offspring, siblings, even best friends.  Most of our relationships are based on sharing with those who are similar to us, except for the relationship with our spouses. For many of us our spouse is the black to our white, the yin to our yang, the chaos to our order, our complement. This is not to say that spouses aren’t similar.  Clearly there must be some fundamental things they agree upon, but what makes the relationship special are the things they do differently. They fit together because they are individuals.

When we got married, I did not take my husband’s surname.  He has a perfectly fine name, but I felt that

A wife should no more take her husband's name than he should hers.
My name is my identity and must not be lost (Stone, Lucy).
I have been AmyK since elementary school. It's not that I don't want to share my husband's name, I simply don't want to forego my own. My surname is unique and I like it.  In many ways it is my “true” name.

It has been almost twenty years since I last sat in Mrs. P.’s classroom.  Our recent correspondence was commercial in nature.  It could be that I, due to my own biases, forced her into an identity she no longer holds, that of a teacher.  Our recent interaction required her to use a different identity; one with whom I had not been introduced.

And I think that’s the deciding factor. A person may hold multiple identities, but they should get to chose who uses which identity and when. When we introduce ourselves, we chose the identity by which we want others to know us.

In Lois Lowry's The Giver trilogy names are extremely important. Each book has a different theme by which characters are named. In The Messenger, the final book, it is The Leader who gives each person their “true name.” Like the characters in the first book, The Giver, who fret about what assignment to lifelong occupation they will receive when they turn twelve, the main character in The Messenger spends a great deal of time pondering what his true name is.  In his world, his assigned “true name” defines him.  He does not get to chose his name.

In my world, I get to chose which name I go by. Now, I need to learn to accept the multiple identities of the people around me.