What's in Your Garden

June 18 - Reverb Broads
What's in your garden?
Suggested by Me

As when I suggested this prompt and every time I see it, in my head I hear a barbarian asking "What's in your garden?!" a la Capital One credit cards. To me it is quite amusing. I have to admit it, I'm a little sad that our lovely moderators didn't hype that aspect of it.  Oh well, such is life.

Although we have a large lot, most of it is "wild" and marshy.  Our decision to put in the library and office this year meant that we had to put off any exterior remodeling.  As a result, our garden is mostly in containers arranged to get the most sun while killing the least amount of grass. 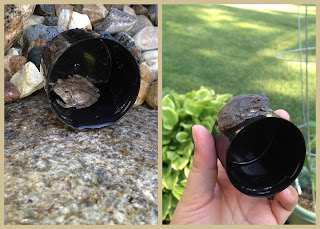 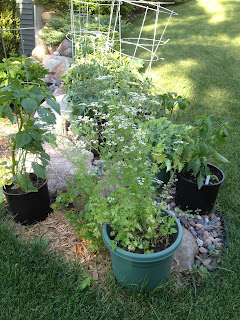 Some peas in pods 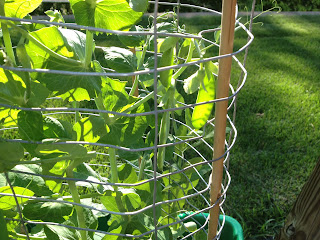 A couple of blueberries 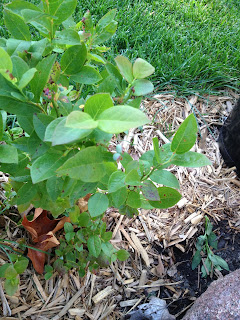 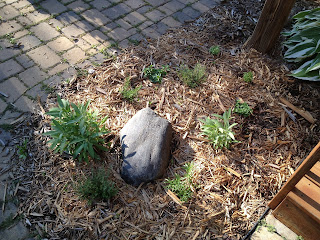 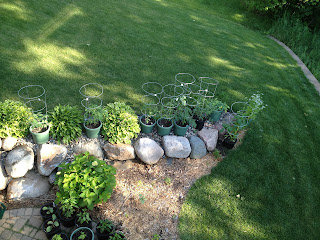 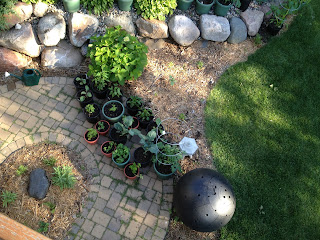