Polygons For The Win!

December 22 Reverb Broads
If someone made a board game of your life, what would it look like? What pieces would you need to play?
Jessica at http://profbanks.com/

My original thought is that my game would likely be a card game, rather than a board game. If for no other reason than I would rather play cards that play 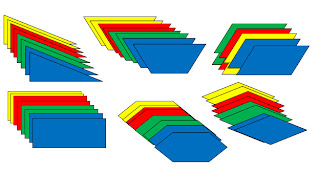 Each player takes turns selecting tiles from a bag (think Scrabble tiles) until the tiles are gone.

The timer would start and each player would have approximately one (1) minute to put as many tiles as possible into their frame using the following rules:
Once the time is up, the player who has placed the most tiles in the frame wins that round. 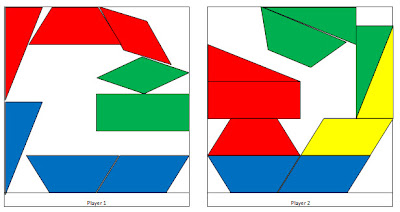 Why this game?
I have to admit I'm surprised that it's not a card game or a word game.