Not Gifts and Domain Names

December 28 Reverb Broads
Do you consider yourself a romantic person? Do you prefer fancy dinners, roses and chocolate romantic, or are you more non-traditional? What's the most romantic thing you have ever done for a loved one or had done for you?
Kassie at http://bravelyobey.blogspot.com/

I would say that I have cliched romantic expectations and then, when they are fulfilled I find myself extremely disappointed.  I have come to realize that there are somethings that are better left to chance.  I no longer want roses for Valentine's Day.  I would rather have a bunch of grocery store flowers, "Just because".  But I'm not going to kid you, I still want the chocolate and the card. I would almost rather make my own fancy dinner than go out for it, but having a clean kitchen is pretty damn romantic, too.

I don't know if it's the most romantic gift my husband has ever received, but it certainly falls into the category of the most thought-filled present I have ever given.  For our first Christmas, wherein we each went to our separate families, I wrote a picture book for Jon and sent it to his parents' house to be put under the tree.  It was a book of what he was not going to get for Christmas and it was in rhyme.  For example he wasn't going to get a sonic screwdriver* so he could be like MacGyver; nor was he going to get a yellow lambourghini because I had no three-wish giving genie.  Anyway, I put a lot of thought into it and it featured things we had talked or joked about. 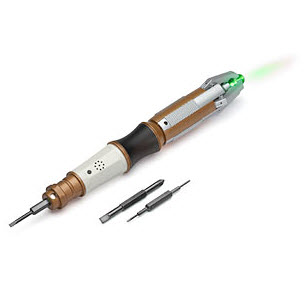 The most romantic thing I've ever had done for me? Well, for Christmas this year Jon gave me 2bperfectlyfrank.com, my very own domain for my blog.  He was a little chagrined about not finding a way to wrap it in paper, but he did a pretty good job of wrapping it in words.  Something to the effect of "You've been having a lot of fun writing your blog this year, especially this month."  He had also previously mentioned that gifts should be something that the receiver never knew they really wanted. I really am going to have to keep him now.

So, next year, I'll be on my very own site.  Right now my computer is acting up and I'm focusing on getting that resolved, so stay tuned for updates.